As The Lighthouse launches, a thank you and a dedication...

In 2012, I opened the word processor and began writing my novel. Three years and 800 pages later, it occurred to me that what I’d written wasn’t particularly readable, so I gritted my teeth, opened a new file, and began again. Another three years passed, and while I had managed to tell my story in a more concise manner (400 pages!), I knew it still wasn’t good enough, and so, determined to do better, I began again. Another three years passed… and finally I produced something that I felt was good enough to send out into the world. Today, the journey is complete (at last!).

Writing is a solitary experience, but there have been many people who have helped me get through to the end. I want to say thank you to those early beta readers, the family and friends who patiently suffered through that early draft, reading it piecemeal over a two-year period – and a particular thanks to those who took the time to give me feedback and encouragement along the way. Chasing a creative pursuit can be like traversing a perilous tightrope - I simply wouldn’t have had the confidence to keep going without you egging me on and helping me believe that I was on the right track.

Thank you also to the editors, proofreaders, and designers who I worked with at various points in the manuscript’s development. I’ve been lucky enough to work with some amazing, talented people and the novel wouldn’t be what it is today without your input and expertise. 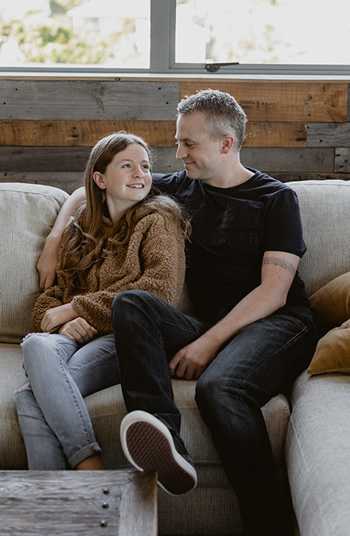 And to the dedication. Anyone who has a copy of the book will have seen it is dedicated to Lucy, my daughter. Lucy was only three when I started writing, and in the beginning I thought I would finish in a year or two and that one day, when she was older, she’d be able to look back and be proud that I’d written a book. Instead, she has grown up alongside the novel and has seen me working hard at it year after year (possibly wondering if it would ever materialize). Now, almost a teenager, she gets to hold the final printed copy in her hands, although I think seeing #JourneyToSeabrook on Tiktok probably carries more weight with her generation!

Lighthouses are a beacon of light and hope, and without question the lighthouse of Seabrook is one too. Coincidentally, the name Lucy means ‘light’, which is particularly apt given that she has been (and will always be) my own beacon of light. I hope she’s proud, I hope she think it’s pretty cool, but most of all I hope I’ve given her a real-life example of what happens when you work hard and give something your all… that it’s possible to chase a dream and make it a reality.